Four future topics for more profitability of the banks

How German credit institutions can create the turnaround in yields

According to a study, German credit institutions were able to stop the decline in their returns. However, there are still major structural challenges that need to be tackled quickly. Four future issues deserve special attention. 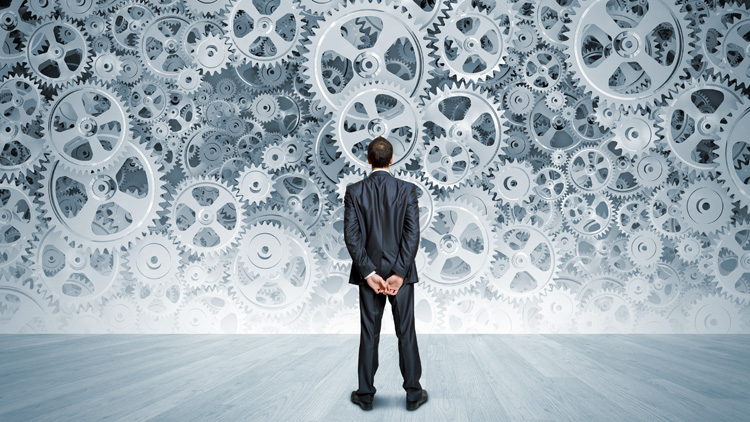 During the corona pandemic , Germany’s banks and savings banks were a partner in need for many private and business customers and were thus able to regain trust. But the industry has not yet mastered many of the structural challenges. The banking landscape remains fragmented, the cost level is still too high in many places and newcomers to the industry such as FinTechs or neo-brokers are establishing themselves in promising markets.

For the seventh time, Bain & Company has evaluated the balance sheet and income statement structures of 1,500 German banks. The experts used time series from the Deutsche Bundesbank and the European Central Bank (ECB) as well as the databases from Dun & Bradstreet and S&P Global. The structure of the groups of institutions is based on the classification of the Deutsche Bundesbank.

Germany’s credit institutions have stopped the decline in their yields in the crisis year 2020. The efforts of the banks in terms of realignment and cost reduction have led to a stabilization of the economic situation of the banks. The number of branches in 2020 fell by a further 10 percent to a total of 20,300. Thanks to falling costs and largely stable income, the cost-income ratio improved by 4 percentage points compared to 2019 to 72 percent.

Despite significantly higher loan loss provisions, the average return on equity after taxes was 1.1 percent, slightly above the level of the previous year for the first time in a long time. Significantly higher loan loss provisions stood in the way of more sustainable progress in the pandemic and recession year 2020. It weighed on the profitability of all groups of institutions. At 7.5 percent, the automobile banks reported the highest return on equity in 2020, followed by the direct banks at 7.2 percent. The two largest groups of institutions in terms of numbers, credit cooperatives and savings banks, generated returns of 5.3 and 3.5 percent, respectively.

Risk costs could fall noticeably in 2021, paving the way for further increases in returns. At least that is what an evaluation of the half-yearly reports of the 21 large banks in Germany, which are subject to the supervision of the ECB, suggests. The risk costs of these institutions in the first half of 2021 were almost 50 percent below the previous year’s value.

However, it is still too early to give the all-clear. The ongoing pandemic is causing new uncertainty with regard to the further development of the economy. This also increases the risk of default on loans. It will only be seen this year whether the previous credit risk provisions have been sufficient. In the medium term, however, a normalization of risk costs will contribute to a turnaround in yields.

The banks could also get tailwind from the end of the ECB’s loose monetary and interest rate policy, which is to be expected due to rising inflationary tendencies. The banks could increase their returns by 2 to 3 percentage points in the medium term simply through higher interest rates and thus an improved interest margin. In order to get close to their average cost of equity of 8 to 9 percent, they also have to leverage existing structural savings potential and expand the commission business.

According to the study, net savings of an additional 10 to 15 percent would enable an industry-wide cost-income ratio of 60 to 65 percent, and thus a 1 to 1.5 percentage point higher return. In addition to the measures that have already been initiated, such as streamlining the branch network, this primarily requires a sustained reduction in complexity, streamlining of the organization and a transformation of the IT landscape towards scalable cloud models.

The return of credit institutions to true profitability also requires the transformation of business models and more mergers. However, truly sweeping consolidation still requires an agreement on the EU banking union and thus harmonization of national regulatory provisions.

However, banks should not waste any time in transforming their business models and focusing on future issues. If you want to remain competitive, you cannot avoid immediately dealing with the following four trends:

According to the study, a successful transformation of business models in the direction of the four future markets could increase the return on equity of banks in Germany by a total of 1 to 2 percentage points. If they also receive tailwind from higher interest rates, lower risk costs and progress on the cost side, in the commission business and in consolidation, a return of 8 to 10 percent can be achieved in the medium term.