What is an NFT?

by admin
in Banking, Business, Finance
0

In this article, we explain to newcomers what an NFT is and provide an overview of everything there is to know about the digital assets. 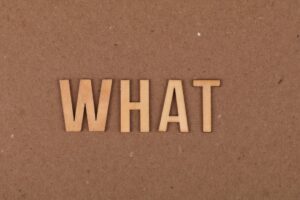 What does NFT stand for?

NFT is short for Non-Fungible Token .

What is a token?

A token is the digitized form of an asset. The token therefore has a certain value or a certain function . At the same time, however, real assets such as real estate or music rights can also be tokenized by overwriting the associated rights and obligations on the token. This means that ownership is digitally mapped and can therefore be traded.

A token can be both fungible (exchangeable) and non-fungible (non-exchangeable). Basically, “non-exchangeable” in this sense just means that it is a unique digital asset that cannot be exchanged one-for-one for another .

Non-fungible tokens, on the other hand, can be compared to art objects such as paintings. These have an individual value . When you swap them for each other, you usually don’t get the same value that you pass on.

In theory, any asset can be digitized and become an NFT: drawings, digital artworks, video clips, or even real possessions. It is important that the NFTs contain information that proves their uniqueness. In this way, the respective owner can always be traced back and can assert his claim.

Now, of course, the question arises, how to protect a digital asset? Finally, one can save a copy of any digital artwork to one’s own PC with a simple right click of the mouse.

How is ownership documented?

The scenario described above is true and is also often cited by NFT critics, but the matter is a bit more complex than initially assumed. Like cryptocurrencies, NFTs are based on a blockchain, i.e. a decentralized database.

Put simply, this is made up of blocks of information that are lined up like the links in a chain. Each block in turn contains certain data as well as its own hash value and the hash value of the previous block. The data stored in a block can include, for example, the transaction details of cryptocurrencies or NFTs: seller, buyer and the transaction amount.

The hash value can be thought of as an electronic fingerprint. It is always unique and is used to identify the respective block. Since each block also contains the hash value of its predecessor, a chain (blockchain) is created. This is based on a peer-to-peer network, i.e. a network of equal computers that all have a complete copy of the blockchain. When a new information block is created, all computers on the network receive this information, compare it and then confirm the inclusion.

If someone were to try to insert a block of misinformation into the blockchain, they would have to inject it into all copies of it. Since this is almost impossible, the blockchain represents an extremely secure variant of data storage.

So what does this have to do with NFTs?

Since the data can always be traced back on a blockchain, individual ownership can be documented very well. An NFT that is stored on the blockchain can therefore not be copied – at least not within the blockchain.

Of course, digital works of art can be reproduced infinitely often with any technical device, but they are in no way inferior to physical works of art (forgeries, art prints, etc.). And just like a real painting, they derive their value primarily from what we attribute to them.

I guess the only difference is that a Picasso or van Gogh painting is something tangible to hang up at home, while an NFT really only exists in the virtual world. However, if you consider how much time we now spend in digital worlds such as Facebook, Instagram and Co, the thought of purely digital possessions should not seem so far-fetched to us.

The hype about NFTs

NFTs may seem incomprehensible and useless to many. After all, in principle they are nothing more than a piece of information within a technical system. The fact that digital assets are currently so popular is probably due to the hype surrounding cryptocurrencies such as Bitcoin or Ether.

In addition, the corona pandemic will have played its part. On the one hand, there are the artists and musicians whose sales have plummeted overnight and who have discovered alternative income streams with NFTs (see Grimes and Kings of Leon). On the other hand, there are the buyers, who have withdrawn more and more into digital worlds during the many lockdowns and quarantines.

Added to this is the fear of a possible devaluation of money due to the high level of debt in the wake of the pandemic, which is currently affecting many people. Cryptocurrencies and NFTs can therefore be understood as a means of keeping savings safe from such a scenario. And then there are the speculators hoping their NFTs will appreciate in value in the future.

It remains to be seen whether the sometimes very high sums are justified for some NFTs. Because in order for their value to remain stable or even increase, enough people have to believe in them.

Where to buy NFTs?

NFTs are now offered on many trading platforms on the Internet . The best known are OpenSea, Rarible and Mintable. In most cases, buying NFTs requires a cryptocurrency, which in turn needs to be stored in a digital wallet . Since most NFTs are currently still based on the Ethereum blockchain, you need the associated currency Ether (ETH) to buy them.

Create and sell an NFT: Here’s how

Now, if you feel like creating an NFT artwork yourself, you can easily do so through a marketplace such as Open Sea or Rarible. The “Create” function can be found in the menu at the top of both pages. All you have to do here is upload a compatible file such as PNG, GIF, WEBP, MP4 or MP3, which will then be automatically converted into an NFT.

You can sell your works directly via the platforms. Note, however, that you need a digital wallet for both uploading and selling.

For an in-depth guide to creating and selling NFTs, see our guide .

It is no longer a secret that the technical processes behind a blockchain consume an incredible amount of electricity. The University of Cambridge estimates that Bitcoin alone consumes more electricity per year than the Netherlands as a whole . That’s because of all the hardware needed for the peer-to-peer network mentioned above. Depending on the type of power generation, this naturally also results in high CO2 emissions. NFTs are no exception to this.

British artist and technologist Memo Akten has spent several months looking at the power consumption involved in creating and selling NFTs. The average power consumption of the approximately 18,000 NFT artworks that he analyzed is said to have been 340 kWh . This corresponds to almost ten percent of the average annual electricity consumption per household in Germany. According to the files, an NFT would have a CO2 footprint of 211 kg , as much as a two-hour flight.

There are plans to optimize the Ethereum blockchain, on which most NFTs are based, in terms of energy consumption , but so far every transaction has been a huge power guzzler. The question of whether a few colorful pixels are worth the effort is therefore entirely justified.